Grand Canyon University has begun talks with City of Tucson leaders about possibly buying El Rio Golf Course, 1400 W. Speedway Blvd., and converting the 110-acre property into a campus for the private Christian college. The college will employ over 1,000 people and will enroll up to 7,000 students. Grand Canyon University will have a huge economic impact on our community! Cost to build will be in te $180 million dollar range, employ almost 2,400 workers through the construction process. An economic analysis by Tucson Regional Economic Opportunities (TREO) estimates Grand Canyon University would have an $841 million impact on the regional economy, not including student tuition expenses. “We’re thrilled to work with Grand Canyon University,” said Laura Shaw, senior vice president for TREO. “It’s a high-value project with the ability to positively impact our economic recovery, no matter where they may hopefully choose to expand in this region.” While specific alternative sites have not been named publicly, it is known that a contingent of Southern Arizona elected and appointed officials accompanied TREO on a visit to the university in Phoenix earlier this year and likely pitched locations in their various communities. Sources say as many as a dozen sites in the Tucson region have been proposed to Grand Canyon University. While it’s unknown how many and which are still under consideration, Biran Mueller, president and CEO of Grand Canyon University, said on an investor conference call earlier this month, that officials are looking at two sites. He did not elaborate and it’s not even clear that El Rio is one of the two sites. “We are in support of Grand Canyon University and the economic impact that it would have,” said Lea Marquez-Peterson, president of the Tucson Hispanic Chamber of Commerce. Marquez-Peterson said the university would provide a needed boost to the Southern Arizona economy where ever school officials decide to locate. She plans to write a letter to Grand Canyon University in support of their proposal to build a campus in the area. 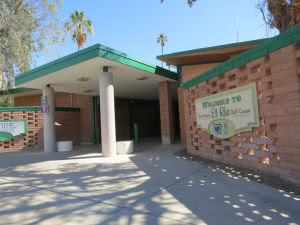 Posted by Stratton Group of Keller Williams Southern Arizona at 10:55 AM No comments:

Looking to Start a Real Estate Career?
We are the fastest growing Keller Williams office in the entire Southwest
We provide Coaching and Mentoring
We are the LARGEST Real Estate Franchise in North America with over 688 offices and 80,000 agents! 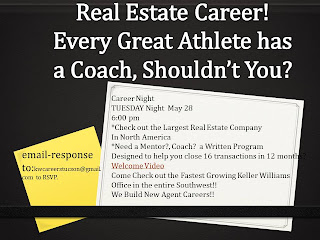 45 Minutes with a few Top Producers and Team Leader Q & A about a real estate Career!

Posted by Stratton Group of Keller Williams Southern Arizona at 9:48 AM No comments: